In this Newsletter we have for you:

I am not sure if you feel the same way, but I think it is fair to say that I am looking forward to 2020 drawing to a close. It has been a year of unprecedented uncertainty and disruption, that has not only challenged governments, leadership and industries across the world but also affected the lives of billions of people globally. 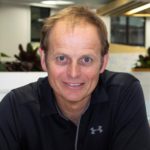 Like any such situation there are always bright spots and I think it has been incredibly powerful to see the potential of science and innovation, both in responding to keeping our country safe (who knew we had so many epidemiologists), and also more recently with the successful development of COVID-19 vaccines. As a result, I hope that both public interest and industry engagement in the potential of science remains high because the value of research is dependent on the engagement and investment from others to be successful.

FGR’s own research has of course also been affected by COVID-19, with scientific talent unable to enter New Zealand, experiments and field trial work not able to be performed and research collaborations forced to operate digitally. However, the response of our industry and research partners has been amazing and I would like to personally offer a note of gratitude to those who have contributed to the leadership and management of FGR’s research programme, from researchers through to the many industry people who gave up their time (and used their internet bandwidth) to attend meetings and technical committees, steering groups and governance boards. The impressive results achieved during these exceptional times would not have happened without your collective efforts.

This year was also important because it marked the end of an era with the retirement of my predecessor, Russell Dale. Having spent over 40 years working in the forestry industry Russell will have already forgotten more about forestry than I could ever hope to learn, as evidenced by the many stories I have enjoyed since joining FOA (on what I named “Russell’s farewell tour”). However, I would like to take this opportunity to acknowledge and thank Russell. You have brought Mana to this role and I am both honoured and humbled to follow in your footsteps. I hope that you and Pam thoroughly enjoy your well-earned retirement.

I’d like to end the year with the following whakatauki:

In September, MBIE announced the funding results for its 2020 Endeavour Programmes, with Scion receiving a positive outcome for its Tree Root Microbiome Programme. This 5-year programme, supported in part by FGR, looks to understand the relationship between tree performance (disease resistance, tolerance to climate change, growth, etc) and the root microbiome (the “microbiome” is the complex population of bacteria, fungi and other microbes that are associated with the tree). Having a more complete understanding of these complex biological systems may ultimately enable new approaches for optimising the positive outcomes from microbiome/plant interactions, which could be essential in the future, as pressure mounts on chemical utilisation, and the effects of climate change become more apparent. We’d like to congratulate Dr’s Steve A Wakelin and Simeon Smaill on their success and I am sure they would be more than happy to provide more information on this exciting new research if you’d like to now more.

Resilient Forests – building on the success of past programmes

October marked the end of the first year of the co-developed Resilient Forests programme, which was initiated following an unsuccessful 2019 MBIE Endeavour bid. This programme was designed to be a continuation of the highly successful HTHF and GCCF programmes and was funded in equal part by FGR and Scion, using its SSIF (previously known as CORE funding). The research is split into three general aims RA 1: A portfolio approach to managing future risk and uncertainty; RA2: A whole-systems approach to enhancing productivity and wood quality and RA3: Enhancing the resilience of radiata pine forests to biotic impacts. Collectively these aims are designed to address important issues around social licence to operate, multi-systems forestry, impacts of inter-tree competition, nutrition, genetics, disease and climate change. One of the most impactful outputs of the programme over the last 12 months has been the validation of Hovermap technology for unmanned use. Awarded the Science New Zealand “Team Innovation Award” Dr’s Grant Pearse and Mike Watt, working in partnership with systems manufacturer Emesent, Rotorua-based InterPine, and others, the Scion team have not only validated the potential for autonomous use, they have also produced high precision point cloud data at individual tree level. These advances will not only speed up data gathering processes but also help to enable future precision forest management activities.

December marked the annual budget review by the Forest Growers Levy Trust (FGLT). Prior to this meeting the FGLT had shown strong strategic support for research, agreeing to allocate approximately 63% of the levy funding toward research. However, the December meeting was important because 2021 funding was determined, as the FGLT agreed on an increase to the levy rate and also increased the projected harvest for 2021 (from August’s value of 28 million tonnes to 31 million tonnes). Overall, this puts levy-funded research investment in a strong position as we head into 2021 and ensures ongoing support for our existing programmes (among others the Speciality Wood Partnership, Automation and Robotics, Tissue Culture Partnership, BioProtection and Resilient Forests, while also enabling investment in some new work, such as the Tree Root Microbiome programme mentioned above). During the course of 2021 we also expect to be actively exploring new, more applied research opportunities in the areas of digital technology, contingency species and mechanisation, which will pick up some of the work done over the last 12 months and hopefully align well with MPI’s efforts to accelerate economic outcomes via their Sustainable Food and Fibre Futures (SFFF) fund.

Forecaster Calculator has recently undergone several updates. The main update has been the incorporation of the export P.Rad cutting strategy to the regime. There are now one domestic radiata (3 Prune, 2 Thin), one export radiata (3 Prune, 2 Thin) and one Douglas fir (1 thin) on the simulate page of the web tool. The other update was more minor around the providing of the reports in Excel format. Additionally, the PDF report headers have been tidied up.

This year’s virtual FGR conference was attended by approximately 120 people, and while holding the conference virtually meant we lost the opportunity for personal interaction, it also created an opportunity for those who would not normally attend, to join. Another advantage of the online format was that it created a great opportunity to hear people’s thoughts about the event, what they liked and what they might prefer moving forward. Your feedback was almost universally positive so we will be working hard to try and take the best from both approaches as we look to have next year’s event in Nelson. In the meantime, the 2020 conference is available online should you wish to refresh yourself about some of the ground-breaking science occurring across New Zealand’s forestry research landscape.